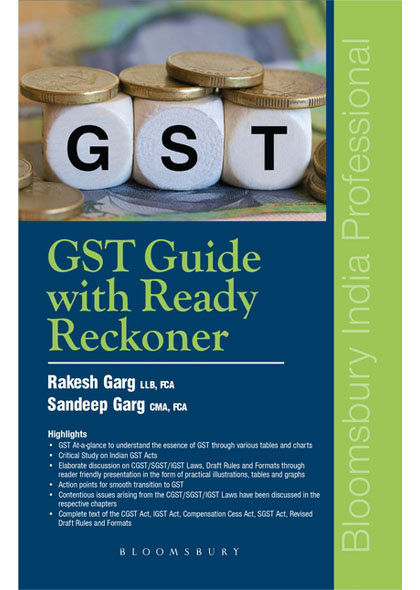 About GST Guide with Ready Reckoner

About the book
This book comprehensively discusses the provisions contained in the CGST Act, IGST Act, Compensation Cess Act, SGST Act, Revised Draft Rules and Formats, notified/released by the Government so far. The Book has been divided into three parts. Part A gives the various chapters on GST at a glance and critical study. Part B comprises commentary on the GST Provisions. Part C comprises enacted GST Acts, Revised Draft Rules and Draft Forms.

This book has been written in a manner which would help the taxpayers and professionals in getting a better understanding of compliances under the new GST regime. It is a very useful referencer for professionals, corporates and regulators, as all the provisions have been explained in a lucid manner.