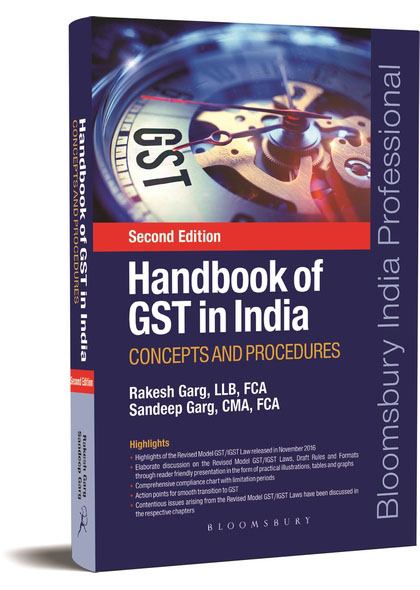 About Handbook of GST in India

About the book
This book comprehensively discusses the updated provisions contained in the Constitution (101st Amendment) Act, 2016, Revised Model GST/IGST Laws, Draft Rules and Formats, released by the Government so far.
This book has been written in a manner which would help the taxpayers and professionals in getting a better understanding of the compliances under the new GST regime. It is a very useful referencer for professionals, corporates and regulators, as all the provisions under GST have been explained in a lucid manner.